We are the UNITED STATES of AMERICA.

Florida - Just a few days ago, SpaceX tried once again to launch their Falcon 9 accompanied with the capsule known as Dragon. The first stage of this rocket was designed with nine engines in order to reinsure any small engine failure. The second stage consist of one Merlin engine and one vacuum engine. The rocket has a total height of 70 meters, a mass of  546,054 kilograms, and a diameter of 3.7 meters. Part of the rocket was manufactured at the Kennedy Space Center Space Station Processing Facility. The launch took place in Cape Canaveral Launch Site, Florida around 12:45 am on Monday July 18. Each launch cost about $62 million and let's not forget this was already the second launch so, they had used more money than the company had expected. The first launch had failed due to a break in the liquid oxygen tank. Which then caused everything else to fail in just a matter of minutes. Fortunately, this recent launch was a success carrying over 5,000 pounds of supplies and experiments. Some of those experiments include DNA and cells from different organisms for the scientist to observe their development and behavior. As for the supplies, they sent up water, air, food, waste containers, sanitary items, medical gear, etc. Cosmonauts, astronomers, and scientist are very optimistic that Dragon will reach the space station and deliver all the items safely. There has also been talk about NASA and SpaceX teaming up together to start a project to send humans to space.

Protesters marching block part of the Interstate-94 in St. Paul, Minnesota (Photo source: Star Tribune via AP by Glen Stubbe).
Dallas, TEXAS- Gunshots were heard during the time of a peaceful protest on July 7,2016, where 11 policemen were gunned down by a sniper. The suspect to be known to have shot the victims is identified as Micah Xavier Johnson, a 25-year old veteran who was stationed in Afghanistan. He claimed that, “he wanted to kill white police officers,” after being upset by the deaths of African Americans. Later on that night, Johnson was murdered with explosives by a robot sent out to kill Johnson by the police in a parking garage. Overall, 5 officers were murdered,while 7 other officers were injured, and 2 civilians injured. The protest was planned to protest for Alton Sterling and Philando Castile, who were both killed by police in different states across the country during ordinary police stops. Because of the death of Johnson, Sterling, and Castile, more protests were planned and multiple perspectives are being viewed. An investigation was being led by General Loretta E. Lynch and the FBI on the day after the shooting. “This has been a week of profound grief and heartbreak and loss,” Lynch said.

​“After the events of this week, Americans across our country are feeling a sense of helplessness, uncertainty and fear … but the answer must not be violence.” Furthermore, something similar was claimed from Obama at a memorial ceremony that was held in honor of all the police officers who were shot and killed in Dallas. President Obama, who was one of the guests who attended the ceremony, addressed the crowd of people with a speech mourning the loss of lives in the shooting. The ceremony was held on July 12th in Dallas, 5 days after the shooting at Morton H. Meyerson Symphony Center. During the protest, he claimed,”The reward comes in knowing that our entire way of life in America depends on the rule of law, that the maintenance of that law is a hard and daily labor, that in this country we don’t have soldiers in the streets or militias setting the rules. Instead, we have public servants, police officers, like the men who were taken away from us. And that’s what these five were doing last Thursday when they were assigned to protect and keep orderly a peaceful protest in response to the killing of Alton Sterling of Baton Rouge and Philando Castile of Minnesota. They were upholding the constitutional rights of this country.” From Obama’s perspective, he believes the lives of cops and African  American civilians matter, but believes those civilians deserved justice against their killers because these citizens were upholding their constitutional rights.

Meanwhile, there are some police officers that have a different view from Obama. Officer Jay Stalien claims,"Black Lives do not matter to most black people...Only the lives that are taken at the hands of cops or white people, matter." As you can see,there are various views on ideas on the Dallas Shooting. More protests against shootings are being planned to be presented in time after the Dallas Shooting. Like Obama said, we understand how America is feeling, but we must reject such despair, for we are not as divided as we seem.

For example, discrimination has increased. Many  members of the LGBTQ community have been bullied and have had hate crimes committed towards them.  Since June 1, 2014 all fifty states legalized same sex marriage. Most of the LGBTQ members don’t report the physical or verbal assaults because they are worried about how society will react. Only 18% of LGBTQ youth report verbal harassment and only 5% report physical assault that they have experienced. Much of the crimes committed towards them  have never been  reported to the proper authorities. For example, one physical attack that happened on June 12, 2016, was the Orlando shooting which, according to Barack Obama was an attack, “ an act of terror and hate.” 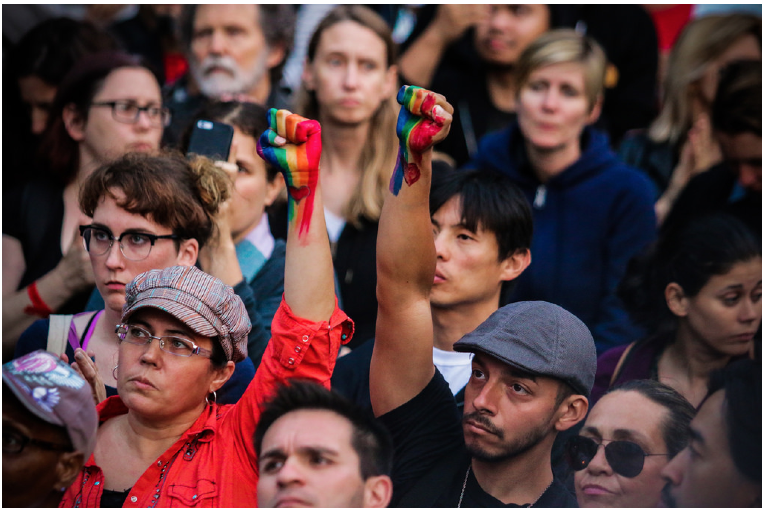 Many believe that the larger society is not well educated about the LGBTQ community and the issues that they face. Not only should the LGBTQ group be educated, we should also the society around them.  Many states have begun educating people on the LGBTQ community and passing laws to protect them. More than half of the fifty states have been passing and expanding laws which protect the LGBTQ individuals from discrimination in areas such as employment, housing, and  public environments (restaurants and stores).  Samantha Allen, a member of the LGBTQ community reported, “Now that we’ve won marriage, we need immediate and concrete support for bisexural community issue like domestic violence, rape and sexural, poor health, poverty and suicidality.”  How society will accommodate these needs- only time will tell.
Sources: npr.org,  PBS.org, and apa.org

No Justice, No Peace for ALL Black Americans?
Protests across the nation are stirring up as more Black people's lives are lost.
Maria Celeste Lopez, National News Reporter
Wednesday, July 20th, 2016 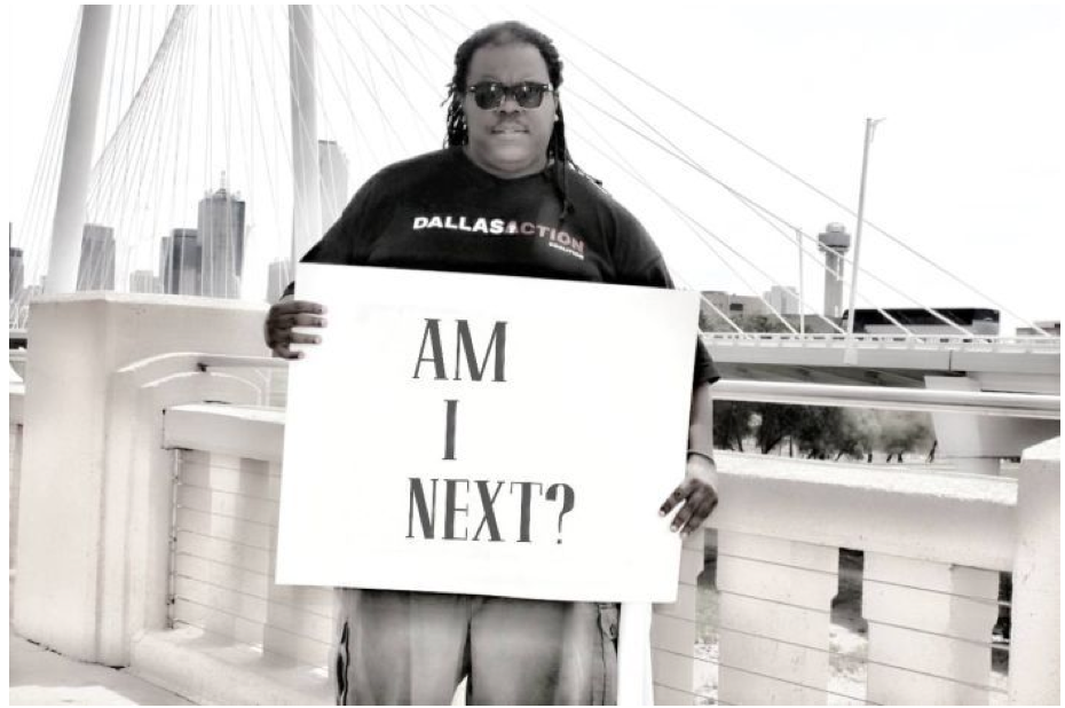 Changa Higgins, “This feels like 1968 to most black people in America right now.” Photo Credt: abc.net